Genesis, Evolution, and the Search for a Reasoned Faith

“The issues surrounding science and theology are multifaceted. Most books dealing with these issues provide one point of view. This book does it right! Four authors deal separately with the biblical accounts of creation, evolutionary theory, philosophical influences on evolutionary thought, and finally, a positive transcendence of the false dichotomies with an exciting conclusion: ‘reality is a grand journey, and God is the ultimate adventurer.’ It is a brilliant resolution to a difficult issue.”

“Between scientism and religious fundamentalism lie many more-thoughtful options. Four of them, developed from the perspective of four disciplines, are attractively offered in this book. The book makes it abundantly clear that there is no reason for opposition between science and faith. It successfully stimulates serious thought about the real, and complex, issue of how best to relate them.”

John B. Cobb Jr.
Professor Emeritus
Claremont School of Theology
Author of "Back to Darwin: A Richer Account of Evolution"

Collaborators Mary Katherine Birge, Rodica Stoicoiu, Ryan Taylor, and Brian G. Henning explore in four illuminating chapters the rich and complex history of the biblical creation accounts, the nature of science investigation, the ethical and philosophical significance of the theory of evolution, and the all-enveloping role of evolutionary theory in the deepening and broadening of faith. In the process, the authors expand readers’ understanding of the compatibility between religion and science. Readers will learn that they need not choose religion over science or faith over reason, and that evolution does not threaten but rather enriches faith.

Through more than 20 accessible and comprehensive case studies and examples, the authors make it clear that regardless of one’s religious or nonreligious background, knowledge, and experiences—one can discover that science and religion are not enemies, but are companions in the search for truth. The fresh and fascinating Genesis, Evolution, and the Search for a Reasoned Faith explores both the nature of science and religion and the intelligent and intimate conversation that is necessary in the search for truth.

“The issues surrounding science and theology are multifaceted. Most books dealing with these issues provide one point of view. This book does it right! Four authors deal separately with the biblical accounts of creation, evolutionary theory, philosophical influences on evolutionary thought, and finally, a positive transcendence of the false dichotomies with an exciting conclusion: ‘reality is a grand journey, and God is the ultimate adventurer.’ It is a brilliant resolution to a difficult issue.”

“Between scientism and religious fundamentalism lie many more-thoughtful options. Four of them, developed from the perspective of four disciplines, are attractively offered in this book. The book makes it abundantly clear that there is no reason for opposition between science and faith. It successfully stimulates serious thought about the real, and complex, issue of how best to relate them.”

John B. Cobb Jr.
Professor Emeritus
Claremont School of Theology
Author of "Back to Darwin: A Richer Account of Evolution" 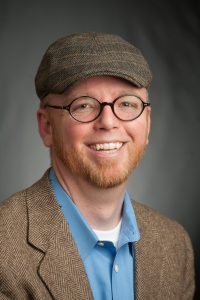 Brian G. Henning has a doctorate in philosophy from Fordham University. He is currently a professor of philosophy and environmental studies at Gonzaga University.

Other Titles:
Riders in the Storm 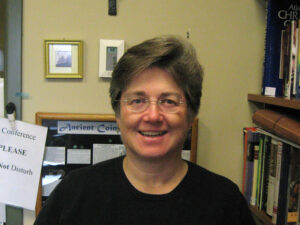 Mary Katherine Birge, SSJ, PhD, is an associate professor of theology at Mount St. Mary’s University, where she specializes in biblical studies.

Rodica M. M. Stoicoiu, PhD, specializes in systematic theology with a further specialization in the theology of the liturgy. 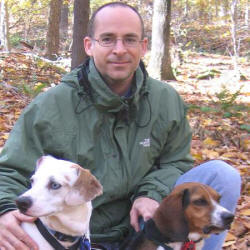 Ryan Taylor, PhD, assistant professor of biology at Salisbury University in Maryland, specializes in animal communication systems and the role that communication plays as a driver of evolutionary change.

“Each of the four authors contributes a chapter to this small but handsomely produced and illustrated book. Their general aim is to show that religion and science can be comfortable partners, without a sacrifice of either critical intelligence or religious faith. They focus in particular on approaches to the theory of biological evolution.

“Birge begins with some astute general observations about how to read scripture and follows through with a compelling exegesis of the specific context, historical and cultural, which lie behind the Jahwist creation story in Gen. 2–3 and then the priestly account in Gen. 1, all done clearly enough for even a high school student. Birge makes it clear that a literal reading of the six days is unjustified.

“Taylor provides a cogent description of the method of science as a process of testing [an] hypothesis, over time and widely, until the success of the hypothesis at meeting countless tests allows it to become a theory, strongly supported even though never finally proven. He then shifts to the theory of evolution, offering a sampling of the many kinds of evidence which support evolution, followed by a critical look at charges that creationism wrongly levels against it. Again, a very readable account.

“Henning offers a history of materialism, as it were, beginning with Democritus’s atomism, contrasting this with Aristotle’s hierarchical universe of forms and teloi. Descartes represents a shift to a bifurcated creation made up of mechanical nature and spiritual human soul, in which humans are exceptional, different from all the rest of nature. Henning uses evolutionary theory to reinsert humans into nature, not as an exception but as an exemplification of the patterns of life. This allows Henning to argue against both the mechanistic view of life in general and the arrogant anthropocentrism that has allowed humans to treat other animals as merely property. This also shows that evolution and Christian faith can be quite compatible.

“Finally, Stoicoiu seeks explicity to reconcile evolution with a theology based on a faith seeking understanding. She rejects three alternative attempts: creationism, intelligent design, and separatism between religion and science. She adds to Taylor’s critique of creationism, criticizes Behe’s irreducible complexity argument for intelligent design, calling it a version of God of the gaps, and insists that theology and science cannot be so neatly separated as Gould tried to do with his nonoverlapping magisteria. She favors process theology’s interpretation of suffering in the world as part of evolution, as well as the Teilhardian-Rahner notion of an evolving universe moving towards God.

“The authors achieve their goal well. This book provides a very useful starting point for an undergraduate religion and science course, leaving openings for many supplementary readings.”

“Few ENY readers will need convincing that the theory of evolution by natural selection is essentially scientifically correct. Rather more, perhaps, may find themselves wondering, in moments of doubt, if those who claim that it does away with the need for a God at all may have a point. This book, primarily aimed at undergraduate readers, is a calm, lucid and concise introduction to all the relevant arguments, and would make an excellent starting point for anyone interested in exploring the subject further. It will also, if you are considering venturing forth to argue with fundamentalists (whether Christian or atheist), equip you to do so.

“In the first of the book’s four chapters, Mary Katherine Birge considers the question of biblical ’factual’ inerrancy. The main point here—elucidated by a fairly close reading of the texts—is that the different authors of the stories of creation contained in Genesis never believed or intended what they wrote to be revealed descriptions of how creation actually happened. Evolutionary biologist Ryan Taylor follows this, first with a description of the theory of evolution, its mechanism, and the evidence for it, and then by addressing and dismissing common popular arguments against evolution from creationism and intelligent design. In the third chapter, philosopher Brian G. Henning surveys the intellectual debate over evolution from ancient Greece via the anthropocentrism of Descartes (’beasts  .  .  .  have no reason at all’) to Darwin himself, who ’fundamentally challenged how humans view their place in the cosmic order.’ He then examines the neo-Darwinist claim that the universe is strictly mechanistic, and that organisms, including humans, are ’merely “vehicles” for genes.’ Finally, Rodica M.M. Stoicoiu addresses responses to evolutionary theory from a theological perspective. On the Christian side, these responses include creationism, intelligent design, and the total cop-out of separatism (the idea that theology and science run on two entirely separate, never-meeting tracks). Somewhere in the middle she dismisses the ’God of the Gaps’ concept, in which God simply fills the spaces in evolutionary theory that science has not yet filled, before proceeding to the scientific materialism of atheists like Richard Dawkins. Acknowledging that evolution raises the already high stakes on suffering, she considers how Christians may ’make sense of the ”blind chance” of evolution over eons of natural selection.’ Finally, with reference to the work of Karl Rahner and Pierre Teilhard de Chardin, she introduces the concept of evolutionary theology. ‘Evolution is constantly open to new permutations,’ she writes, ’and while such a world tends not to be ordered but chaotic, it is also hopeful and directed to the future’.”

“Genesis, Evolution, and the Search for a Reasoned Faith  .  .  .  covers important ground in a clear and concise manner. There is material on Genesis, on evolutionary biology, on Darwin and the place of humans, and then a general wrap-up about some of the perennial problems of faith and of the significance of science—suffering for instance, and whether the thinking of Teilhard de Chardin is still relevant to us today. It is more obviously a text than the Giberson-Collins book, with questions for study and so forth. But as I have said, I think it would be a great introduction for a younger reader.”

“The value of this book lies in the helpful process out of which the volume emerged. Informal roundtables at Mount St. Mary’s University in Emmitsburg, Maryland, brought students and faculty together for ongoing discussions about the relationship between religion and evolution. Among the roundtable participants were the authors of the various book chapters on biblical studies (Birge), evolutionary biology (Taylor), philosophy (Henning), and systematic theology (Stoicoiu). There is no new information or perspective in this book. However, an effective way forward on this issue will certainly entail interdisciplinary dialogue. The Mount St. Mary’s University roundtables and this book stemming from them constitute a pretty good case study for how to do this important dialogue.

“All the authors work from the perspective that science and religion in general, and biblical creation and biological evolution in particular, are not antagonistic. As John Cobb writes in a jacket blurb, ’The book makes it abundantly clear that there is no reason for opposition between science and faith.’

“Birge’s chapter on Genesis provides some helpful exegesis of relevant biblical texts that show how the Bible can be responsibly read in a way that is consistent with science. Taylor’s chapter is a very good summary of the science and is easily accessible for anyone without a science background. In the final chapter, systematic theologian Stoicoiu pulls together many threads from the other chapters. She displays the deficits of creationism and intelligent design. Then, she champions an evolutionary theology that appreciates what evolutionary biology can contribute to theological reflection on these issues.

“As she summarizes evolutionary theology, ’the world is in a process of becoming. This movement occurs throughout the cosmos by way of evolution—that seemingly chaotic method of natural selection that produces a display of life full of innovation and originality. In this process of becoming, Rahner argues, the world is drawing closer to the mystery of God by way of the ”divinization of the world as a whole”.’ (117) ’God is the ultimate ground of evolutionary science and the ultimate future toward which evolution is progressing.’ (119) It is no accident that John Cobb writes a blurb for the book.

“The book could be useful as a supplemental text in an undergraduate course on science and religion.” 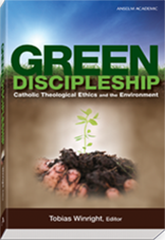 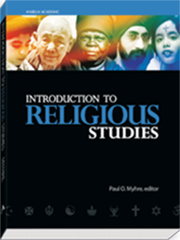 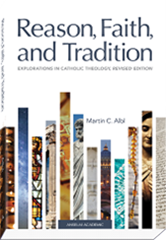 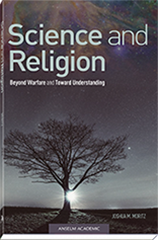